So Trader Joe’s has just produced a new brand of organic coconut milk, so why should you care?

Contents show
1 Why Is Having No Gum In Coconut Milk That Important?
2 Why Is Trader Joe’s Lite Coconut Milk Good For Paleo Dishes?
3 Finding Coconut Milk Without Additives For A Relatively Decent Price
4 Why Should You Go Paleo?
5 What Are The Health Benefits Of Coconut Milk?
5.1 1. Medium-Chain Fatty Acids
5.2 2. No Lactose
5.3 3. Anti-inflammation Properties
5.4 4. Supports Cardiovascular Health
5.5 5. Good For Stomach Ulcers
6 Conclusion

The fact is that if you are a follower of the paleo diet, then the chances are that you will be looking anywhere and everywhere for a decent dairy milk substitute.

The fact that a big company such as Trader Joe’s has decided on getting into the paleo business is big news.

This means less hunting in obscure stores or shopping online to get your paleo-friendly coconut milk.

So how good is this coconut milk brand? What does the fact that it is full fat mean?

Will it be suitable for those with dairy and gluten intolerances?

Well, we’ll give you the complete low-down about this milk with our review below.

Why Is Having No Gum In Coconut Milk That Important?

There are plenty of coconut milk drinks out there, however, very few of them are free of added preservatives. Gum is just one of those additives.

Guar gum is one of those additives that you’ll get in coconut milk.

It acts as a stabilizer, which will result in your coconut milk is very smooth and creamy.

However, you might have some hesitation about additives in your coconut milk.

This will be even more true if you are sticking rigidly to your paleo diet.

You’ll want there to be as few additives as possible, striving to get some of that pure coconut milk that you might have discussed in your paleo online forums.

If you want coconut milk that is purer than the others, then it might surprise you to learn that Trader Joe’s is exactly this.

It has a very low concentration of coconut milk, being largely water, which makes it great for adding to soups and stews.

However, if you are going to want thicker coconut milk to add to your desserts, then this might not be the right one for you.

This is because it is more watering and therefore will have trouble thickening up certain dishes.

Previous iterations of Trader Joe’s coconut milk have contained a higher fat content, as it uses more coconut and more gum, which is used as a stabilizer.

However, it is clear that Trader Joe’s has cottoned onto this trend and has now brought out coconut milk that has written on the side ‘gum-free’ coconut milk.

This will come as a happy surprise to a lot of paleo dieters.

There are plenty of brands of coconut milk out there that add gums to their organic coconut milk.

This is because it is a lot cheaper for companies that simply use more coconut milk.

Having gum instead is the quickest and easiest method of achieving that thick and creamy texture for your milk.

However, thankfully due to pressure from certain lobby groups such as the paleo dieters and various other groups that are striving towards a more ‘pure’ food with organic ingredients, companies are now starting to listen.

Finding Coconut Milk Without Additives For A Relatively Decent Price

There are plenty of companies that are offering gum-free organic milk for a pretty decent price.

One such brand is Natural Value, which offers both organic coconut milk and coconut cream products.

However, you might be paying a little more for these products than you would at Trader Joe’s.

The organic coconut milk percentage in Trader Joe’s is around 48%, which is a lot larger than a lot of the other coconut milk brands that you might find on the market.

However, you can make your own coconut milk which will allow you to control the number of additives that goes into your milk.

There are many recipes that suggest mixing coconut milk with whipped cream to create that thick effect.

The fact that Trader Joe’s has included the coconut percentage gives you a better idea of how thick your coconut milk is going to be.

The fact that this is stated on the tin is one of the reasons why a lot of people opt for this coconut milk product.

Why Should You Go Paleo?

There are many reasons why people opt for the paleo diet.

One of the main reasons is that you might have an illness or intolerance which means you have a very bad reaction to certain types of food.

For example, if you have an autoimmune disease, then consuming dairy products might exacerbate certain symptoms that might cause you such aggravation.

The fact that a product has fewer ingredients is very important, as you’ll be able to more accurately track what you are putting in your body.

This means you can then isolate the causes of any discomfort and stop consuming that food.

The fact that coconut milk is generally not reactive is one of its greatest strengths.

However, when companies put lots of additives in there, this is the reason why people suffer from certain stomach ailments and skin rashes.

Another reason you might go paleo is to regulate your weight.

When you put on weight, one of the main causes will be a bad diet that will consist of a lot of starchy foods and high carbs.

Paleo is great for simplifying your meals and getting rid of anything that could cause a spike in blood sugar or affect your heart rate.

Lots of leafy greens are also great sources of vitamins and minerals and have been shown to increase metabolism, which will cause you to burn more fat.

If you are building muscle, then a paleo diet is a great way to get added protein into your diet.

Eating cooked lean meat is the cornerstone of the paleo diet and will be a great source of high-quality protein.

Another reason why you want to go paleo is to control the symptoms of your diabetes.

If you are drinking coconut milk, then you’ll want to be reducing the amount of added sugar that comes into your meals.

Natural coconut milk will reduce the number of sugars that you’ll be consuming, which is ideal for reducing a blood sugar spike and keeping yourself in good condition.

What Are The Health Benefits Of Coconut Milk?

There are many benefits to drinking coconut milk, here are just a few of the main ones:

Coconut milk contains a lot of fat, but the good news is that it’s long-chain fat, which is actually very good for your brain and joint health.

The structure of this coconut milk means that you won’t have to worry about it being broken down in your body.

Coconut milk is far easier to digest than dairy, which will often take quite a toll on the human stomach.

If you are intolerant to dairy, then coconut milk will be your first port of call.

Lactose is a primary carbohydrate of milk, which is often used to feed mammals such as goats, sheep and humans.

If you have an intolerance to lactose, then you can get many symptoms after consuming it including rashes, spasms, general fatigue and stomach cramps.

In more extreme cases, lactose intolerant people will suffer from vomiting and nausea after consuming dairy.

Coconut milk contains a lot of lauric acids, which are converted in the body into anti-fungal and anti-inflammatory compounds.

If you consume a higher level of coconut, it has been shown to combat a lot of illnesses and diseases.

It is also good for reducing swelling in certain parts of your body.

The fats that are stored in coconut were once thought to be harmful to the cardiovascular system and actually increase the amount of cholesterol in the body, but this has been shown not to be the case.

However, it has now been speculated that these findings are not that conclusive and that the fat that you might find in coconut is not actually stored as fat, more than likely it is to be burned quicker.

It should be stated that these studies are still ongoing and the findings could well be affected by other dietary changes as well as certain lifestyle patterns.

There were studies in animals that showed that higher consumption of coconut actually reduced the size of an ulcer by the same amount as an anti-ulcer drug would.

This is assumed to be due to the anti-inflammatory properties of coconut milk.

So if you are experiencing stomach pain, then you could always try introducing this in small amounts in your diet to alleviate some of the swellings from an ulcer.

We hope that our guide to Trader Joe’s coconut milk and the potential health and dietary benefits that you might experience after consuming it has helped you make an educated decision about whether to buy it or not.

One of the best things about this milk is that it is paleo-friendly, affordable and widely available. 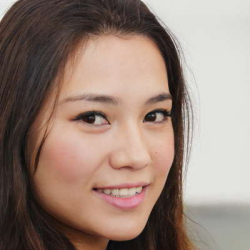